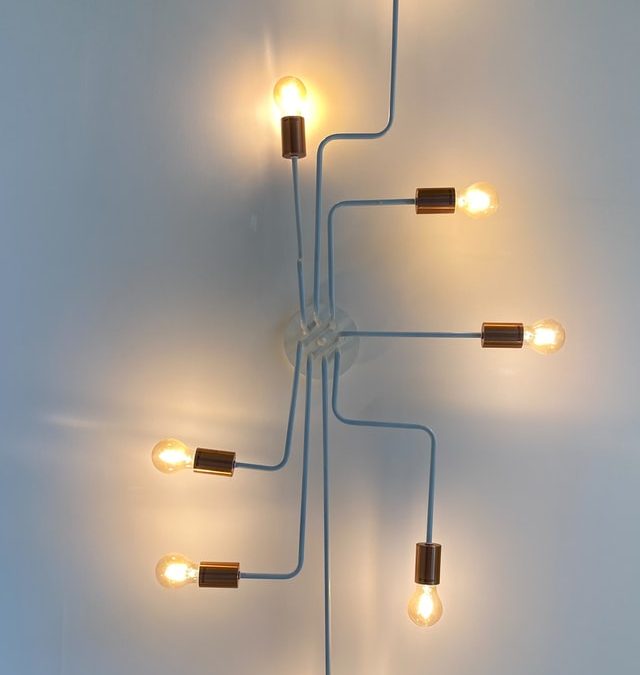 Psychological research has uncovered a major mind pattern that:

In part 1 of this 2 part article series we are going to explore:

1) What High Cognitive Reactivity is

In part 2 we will investigate:

1) What High Cognitive Reactivity (HCR) Is

Unless you are a psychology professor or an avid reader of psychological research, you likely have never heard of the term high cognitive reactivity.

High Cognitive Reactivity (HCR) -> the tendency to react to small changes in mood with large changes in negative thinking.

SideBar:  Understanding your Mood Part 1: What does mood refer to? -> Think of your mood as the lingering emotional tone within your current experience.

Imagine you hear news about someone you care about that makes you feel angry. After a few minutes, the acute phase of your anger begins to die down but leaves behind an enduring undertone of irritability & heightened sensitivity that influences your mind to lean more towards perceiving & interpreting your experience from an adversarial/threatening way.

Paul – 32 year old male – has had 2 bouts of major depression in his life and has had chronic moderate anxiety since high school.

Both Shawn & Paul will be interviewing for an important job in two weeks that requires several hours of preparation.

Yesterday morning both of them were feeling moderately anxious (mood intensity level = 3). At noon, the two men receive an email to inform them that their interviews are being moved up by one week. The intensity of their anxious moods both rise up to a level = 5.

Shawn’s thinking programs respond to the upward shift in his anxious mood (level 3 to 5) by exploring more efficient ways he can prepare for his interview, reorganizing his schedule, reflecting on past challenges where he has had a successful outcome, and looking at areas where he can improve upon. Shawn has the occasional worry regarding his future performance and the occasional doubt over his ability to rise to this new challenge.

By the end of the day, Shawn has a revised interview preparation plan in place and his mood gradually shifts back down enabling him to go to sleep at his normal time.

Paul’s thinking programs react to the upward intensity shift in his anxious mood (also from level 3 to 5) with strong & pervasive waves of worries over his performance. He is flooded with doubts and past memories when he has disappointed himself and others in past challenges. His thinking programs churn out an abundance of scary scenarios where he fails to rise to this new challenge. His mind strains to access his higher-level cognitive abilities (creative problem-solving, planning, reflecting) and his mind gets stuck in unhelpful negative thought loops that in turn increase the intensity of his anxious mood creating a vicious negative thought-emotion (TE) cycle.

Side Bar II: The Vicious Negative TE Cycle: when negative thinking, triggers negative feelings (or vice versa) which in turn activates more negative thinking. It’s an echo chamber in which negative thoughts and emotions feed off of each other.

By the end of the day, Paul struggles with increasing difficulty to create an effective new plan to rise to the challenge and his anxious mood intensity rises to a level = 7. He has great difficulty sleeping at night which only compounds his growing difficulties.

Paul’s mind has High Cognitive Reactivity (HCR) conditioned into it. A small change in his mood (from level 3 to 5) triggers a tsunami of negative thinking that creates a vicious negative TE cycle that amplifies his suffering and decreases his capacity to respond adaptively to the challenges he encounters.

Psychological research on major depression points to its ominous tendency to recur, and with each recurrence, the probability of developing another major depressive episode goes up substantially.

Depression is the leading cause of disability worldwide.

Decades of psychological research has been devoted to uncovering and understanding the main factors that lead to this tendency for depression to become a chronic reoccurring spiral of suffering.

Depression: It’s All about Your Attitude

Early research explored whether depressed people had more dysfunctional attitudes (more problematic assumptions about themselves, the world, and their future) that predisposed them towards developing & maintaining depression compared to  non-depressed people.

*SideBar: The Dysfunctional Attitude Scale (DAS) questionnaire: You are asked to circle the attitudes that best fit your own personal views. It describes basic assumptions that reflect a personal contract you currently have with yourself for maintaining a sense of self-worth. It contains a wide range of different attitudes with more rigid and extreme attitudes weighted with higher point scores. Higher DAS scores are associated with higher probabilities of experiencing negative mood states.

For example, if you assume that, “I must succeed in everything I do in order to be happy” you will do fine as long as you keep succeeding. However, if you fall short of your definition of success – such as getting a C in a class or making a lot of errors when learning a new skill – you are likely to conclude that you cannot be happy and quickly fall into a negative thinking cycle.

This negative thinking can trigger negative feelings which then feeds back into more negative thinking creating the vicious negative TE cycle. This self-reinforcing pattern of negativity increases your vulnerability to develop more pervasive & persistent negative mood states. Each iteration of this pattern pushes you more and more towards developing into (or relapsing into) a full-blown major depressive disorder.

Researchers wondered whether the higher dysfunctional attitudes noted in depressed people remained stable throughout their life span. If they were, then perhaps these maladaptive assumptions regarding one’s self worth were one of the main factors contributing to the relapsing nature of depression.

Scientists conducted several studies that compared DAS scores in individuals with a history of depression at 2 different time points: 1) In the middle of a depressive episode 2) When they were in full-remission (not showing any signs or symptoms of depression).

Persistent evidence found that DAS scores changed significantly depending on whether the participants were actively experiencing depression (significantly higher DAS scores) vs. being in full remission (mood neutral or positive).

In 1998, Rick Ingram and colleagues, reviewed over 40 studies and found decisive evidence that people who had fully recovered from depression (in full remission) did not have higher DAS scores and where statistically indistinguishable from DAS scores of never depressed people.

The research indicated that persistent dysfunctional attitudes were not one of the major factors as to why people with a history of depression were more vulnerable to relapse back into depression.

Experiment #1: When you are in a good mood, write down your basic assumptions/attitudes about yourself and your future. Get as specific as possible. Fill in the following statement: I need/want _________ in order to be _________. Then do it again when you are in a negative mood. Compare the two.

John Teasdale and colleagues decided to explore the flip side of the vicious negative cycle – the effect that mood has on thinking, in particular, memory recall.

In their experiments, they had participants read sad statements or listen to sad music to induce a transient downward shift in mood.

This negative mood induction created negative biases in their memory processing.  They found that both groups of people – those with a history of depression (PrevDeps) and those who did not (NevDeps) were both:

the main reason for this exaggerated mood-induced negativity bias in memory recall for people with a history of depression, was that during a depressive episode, people experienced a high co-occurrence of depressed thinking with depressed mood which created a powerful associative link between the two.

In other words, while people are having a depressive episode, their minds create new connections between their depressive moods and coinciding negative attitudes and assumptions.

These new connections, over the entire course of a depressive episode, are strengthened by multiple repeated bouts of intense negative moods and intense negative thinking, thus creating an increasingly powerful memory pathway that leads to the development of a higher negativity recall bias when PrevDeps experience a negative shift in mood.

A Summary of the Major Findings from the Cognitive Science Reviewed Thus Far:

4) PrevDeps have equivalent DAS scores to NevDeps when their mood was neutral or positive. However, if their mood became more sad (through experimental induction – i.e. reading a sad passage, listening to a sad song, or watching a sad video clip) their DAS scores became significantly higher than the DAS scores of never depressed people.

In Part 2 of this article series, we will take these research findings and weave them together to show you how HCR develop in our minds. Then we will use this understanding to create strategies that can help weaken and extinguish this pernicious maladaptive mind-pattern.

Finally, I will be able to explain why I call it the Mental Herpes Effect. 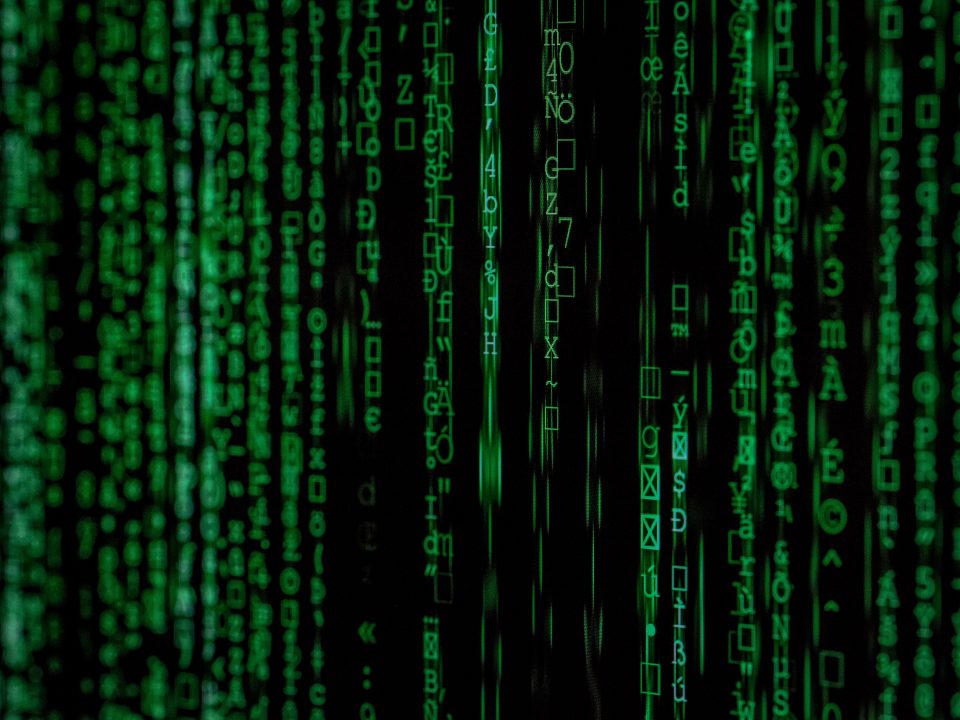 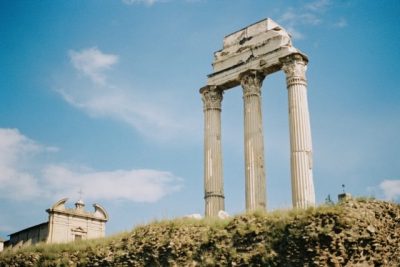